Since the convening of the ‘Syrian National Dialogue Congress’  in Sochi 30 January 2018, the constitution-writing process became at the heart of the UN-led Geneva process. Before that the UN was tasked, among other things, with setting ‘a schedule and process for drafting a new constitution’ in the UN Security  Council Resolution 2254 (2015).  On 23 September 2019 the UN Secretary-General announced the creation of Syrian constitutional committee.  The main mandate of this committee is to ‘prepare and draft for popular approval a constitutional reform, as a contribution to the political settlement in Syria and the implementation of Security Council resolution 2254 (2015).’

In a policy paper Realism vs realism; Syrian Civil society participation in the constitutional process Dr Rim Turkmani argue that internal progress within the constitutional committee is very likely to enter a stalemate, and that a main exit from this stalemate is to capitalise on the ability of civil society in forging consensus and finding the middle ground through meaningful participation. She argues that such participation is not an idealist viewpoint.

The paper puts forward recommendations on how the process could take gradual incremental steps to allow meaningful participation without endangering the critical geopolitical support needed for the process to take off and without introducing changes to the architecture of the constitutional committee.

The discussions and recommendations in this paper are bases on consultations with members of Syrian civil society and on the views put forward by participants in two workshops organised in March and April 2019 in Beirut by the LSE research project,  “Building Political Legitimacy and Citizenship in the Arab World” research project. Workshop participants included Syrians from different political backgrounds and geographies and involved many of the top leading constitutional and legal academic experts in Syria. The workshops aimed at exploring key obstacles in the way of a legitimate political solution and constitutional process, the risks and opportunities presented by the constitutional process and ways for making the best of the opportunities and overcoming obstacles. 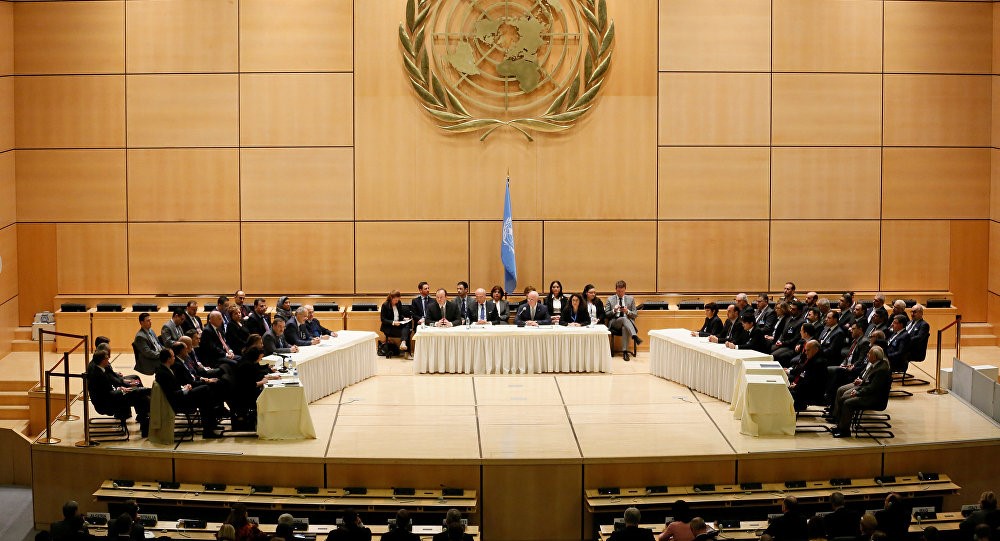 1 The UN Special Envoy to Syria Staffan de Mistura opening the Syria peace talks in Geneva in January 2017. To his right, sat the Syrian government delegation, to his left sat the opposition delegation and behind him two Syrian women. One is a member of the Civil Society Support Room and the other is a member of the Women Advisory Board.