The question of religion continues to be a key contentious issue in any constitutional process and particularly the ongoing Syrian one. It is key in understanding the nature and characteristics of the governing system, and the source and nature of its legitimacy.

This question is examined in depth in a recent research working paper by Dr Ibrahim Draji and Dr Rim Turkmani: The Question of Religion in Syria’s Constitutions: A Comparative and Historical Study.

It demonstrates how the debate around the question of religion took on different dimensions depending on the context of the time, and the social and political climate in which the constitutional argument took place.  It shows that the discussions and disagreements around this topic were often not between the religious and the non-religious; rather, they between those who followed enlightened thought, and those who adhered to conservative thought.

In its attempt to find potential solutions for problematic issues for the upcoming constitutional process,

this paper looks comparatively at other countries’ constitutions, both Arab and non-Arab, and how they have dealt with this question.

The paper concludes with a set of recommendations on how to address challenges in the current Syrian constitutional writing process. It elaborates on one possible solution to the very controversial and sectarian personal statues law in Syria by examining the alternative of an Optional civil personal status law alongside the current laws which fall under a sectarian framework. 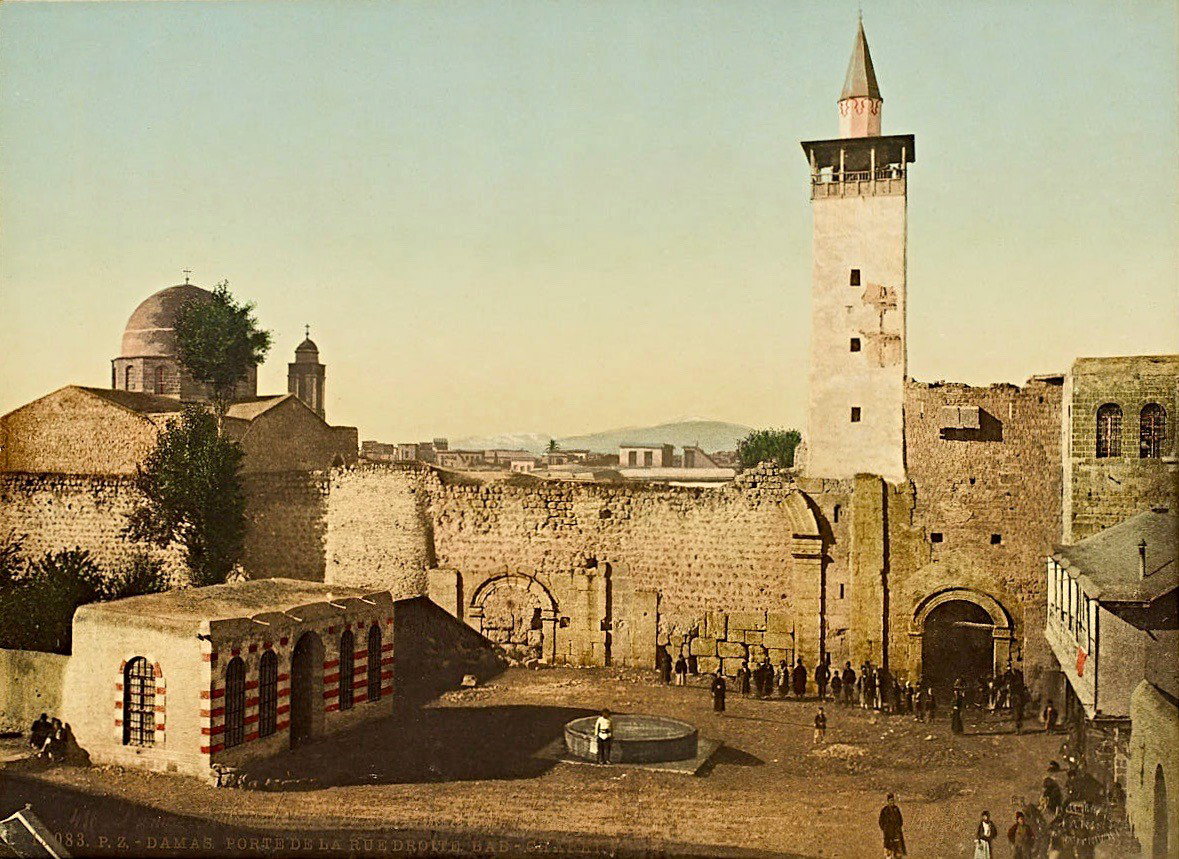 1 View of Bab Sharqi (the Easter gate) in Damascus from the end of the 19th century showing the Armenian Cathedral to the left and the minaret of Bab Sharqi to the right. Source: The archive of Istanbul University